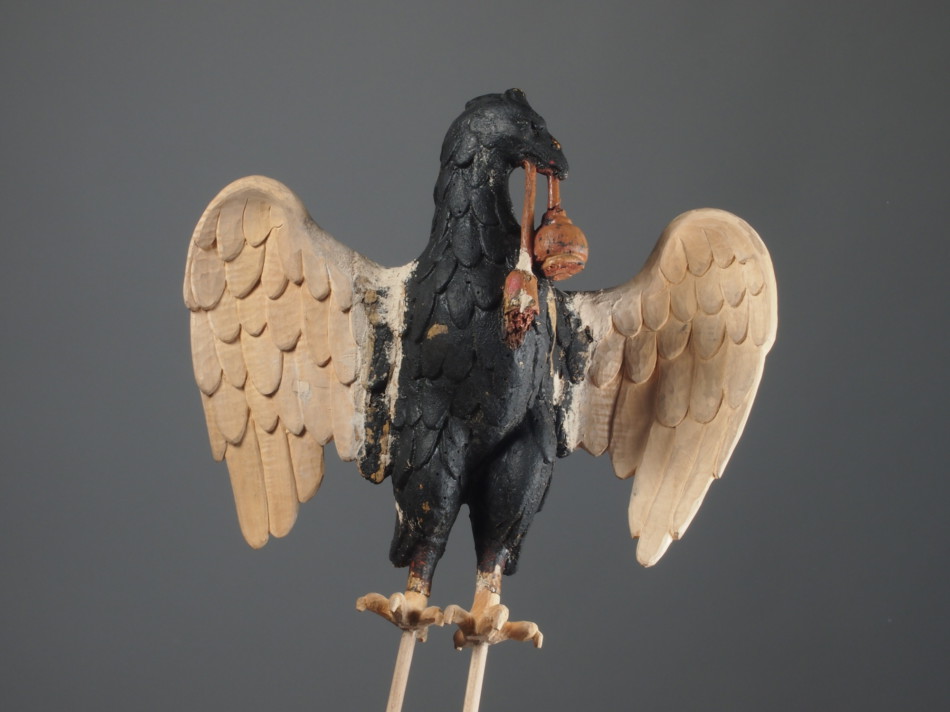 During my studies I participated on restoring of this eagle belonging to statue of St. John from 17th century altar originating in Moravian city Mikulov (Czech republic).

The eagle’s wings were lost and replaced with a paper ones during a history. When the paper have been removed, I noticed some signs of letters.  My class, motivated by curiosity, began with separating each layers of paper. After some time, notes and the music sheets were discovered in it. My schoolmate Petr Kolář did some research with professors from the local university department of music history and they think it could be from ca. 1630.

Statue itself was consolidated by acrylic resin. I carved a right wing and foots, left wing was made by other schoolmate. Finally, wings and foots were mounted with the animal glue and the back of eagle, damaged by insects, was filled with the putty.